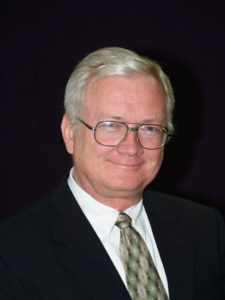 Thomas “Tom” Allan Tillapaugh, born on December 30, 1953 in Britton, South Dakota, finished his race in the early morning hours of Monday, March 16, 2020, after an eighteen-month battle with pancreatic cancer.  He was surrounded by his family at the home that he shared with his wife of nearly 44 years, in Thornton, Colorado.

Tom grew up in small towns in North Dakota, Montana, and Arizona; his parents, Herbert and Betty Ann Tillapaugh, were educators who taught at very small schools for several decades.  After graduating in 1972 from Salome High School in Salome, Arizona, Tom attended Oral Roberts University in Tulsa, Oklahoma, where he met his wife, Yvonne Marie Groleau.  The two married on July 10, 1976 at Sheridan Assembly of God in Tulsa.  Tom received his bachelor’s degree from ORU the same year, and continued his education via correspondence, receiving his Master’s degree in Education in 1986.  Tom has also received an Honorary Doctorate from Colorado Christian Univeristy, among several other types of recognition for excellence in service.

Tom was the Founder and Executive Director of the Denver Street School, which works with struggling students and troubled teens in the Denver metro area.  Once located in the heart of the city of Denver on Colfax and Marion, the Christian high school has been recognized nationally and internationally, sparking the formation of the Street School Network.  Formerly named the National Association of Street Schools (NASS), this national ministry—formed in 1995—used the original school as a flagship, and thus, the “Street School” model began to be replicated globally.  Currently, there are more than 40 Street School Network member schools located all over the United States.

It all began during the summer of 1979 when Tillapaugh visited a shelter for the homeless and street people in downtown Denver on a trip from Oklahoma.  Tillapaugh, a high-school science teacher by trade, was struck by the fact that the people living and rehabilitating in the home did not have a high school diploma.  Without a high-school education, he knew their chances of achieving self-sufficiency were minimal.  He believed that by adding the missing component of an education paired with hope and a plan for future success, the people in the home could raise their base level of thinking and grasp a future beyond simply dulling the pain.

With that vision in mind, Tillapaugh moved his family from Oklahoma to Denver in August of 1985, and over the next few months, he began to “cast the vision” to anyone who would listen.  And someone finally did.  On the corner of Ogden and Colfax, in the borrowed dining room of an old house owned by his first supporter, he started teaching.  At first, there were a handful of students, plucked from the streets and sitting around a makeshift table, listening intently as he taught them using some old textbooks that he brought over from his day job as a teacher at a small Christian school in Aurora.  Eventually, the student body began to grow, as others heard about all that he was doing.  Funding began to trickle in, as well.

He quickly adjusted techniques and procedures from the traditional classroom, in order to meet the special needs of his unique student body.  These students were dealing with issues including homelessness, living in poverty, addiction, violence, below grade level reading and comprehension, struggles with anger and an utter lack of hope for a meaningful future.  A high school diploma and future success were impossible without a holistic approach that included not only academic rigor, but also career, life-skills, social/emotional development and, the most important element in Tom’s heart: the love and sacrifice of Jesus Christ.  To this end, the school began.

Tillapaugh was known as a tireless and loving servant, fully committed to and deeply passionate about the mission of reaching at-risk youth who lacked a vision for their future.  Tom was a family man, to his core, raising his own four children at home, and living by example his personal motto regarding reaching the lost.  He believed that the only way to reach the lost and broken people of this world is by the “sacrificial intervention on the part of loving, Christian adults, to the point of extreme inconvenience.”  To this end, a great many students said they felt he was the father figure they didn’t have at home.  All those who met him were impressed with his devotion to Jesus Christ, his giving heart and personal sacrifice, his love for his family, his passion for his mission, his love for people, and his flawless integrity.

Tom is survived by his wife of 43 years Yvonne, and their four children: Cherie Tillapaugh-Hott (Chris), Rebecca Rasmussen (Anders), Richard “Ricky” Tillapaugh (Sara), and Neil Tillapaugh (Star), and nine grandchildren—one of whom he “adopted” as his granddaughter.  He is also survived by his father Herbert, one sister and two brothers.

Tom departed this life holding tight to his faith, family, and friends, always keeping a positive outlook.  We are beyond heartbroken to have lost such a godly man.  Tom’s family and anyone who ever knew him are certain that heaven was rejoicing at the reception of a “good and faithful servant.”  He will be greatly missed.

The LORD the Shepherd of His People

A Psalm of David.

The LORD is my shepherd; I shall not want.
He makes me to lie down in green pastures;
He leads me beside the still waters.
He restores my soul;
He leads me in the paths of righteousness for His name’s sake.
Yea, though I walk through the valley of the shadow of death, I will fear no evil;
For You are with me;
Your rod and Your staff, they comfort me.
You prepare a table before me in the presence of my enemies;
You anoint my head with oil;
My cup runs over.
Surely goodness and mercy shall follow me
All the days of my life;
And I will dwell in the house of the LORD forever.